Drag Racing is a game mode in Need for Speed World, where players race in a straight line and try to get the best shifts, in order to reach the finish line first. This mode was released on October 16th, 2012.

There were 4 drag racing tracks available on release (more later released), including one at the Rockport Turnpike, which is already a popular location for racing in a straight line in free-roam. Multiplayer and Private drag races are available, much like Team Escape and Circuit races. On December 13th, 2012, two more Drag races, Skirmish and Loop respectively, were released.

The release of Runway (a S-class-restricted track) on January 7th, 2013, marked the first class-restricted drag race to be introduced. On July 22nd, 2013, Gridlock and Downturn were introduced for C-class and A-class. They also became the first drag races to have traffic cars, including some that were exclusive to the events. Gridlock is the first Drag race to take place entirely in Palmont.

Multiplayer and Private drag races are available, but like Team Escape, it doesn't feature any Single Player mode, except for Gridlock.

In November 2014, a track rotation was implemented for all drag events except for Gridlock. This reduced the amount of tracks available each week to 4, with 2 class restricted and 2 open. Gridlock is permanently available. 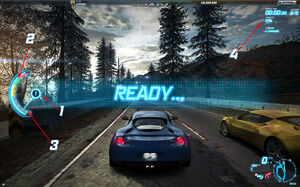 At the start of a race, players can choose between automatic or manual transmission. Drag races can be done in either, but perfect shifts are only available in manual.

Powerups are not available during drag races. Each driver has their own lane at the start, but may switch lanes at any time during the race.

To shift gears, players must press the Left Shift key to shift up, and the Left Ctrl key to shift down. On most supported controllers, this can be done by flicking the right analog stick up and down.

When the RPM enters each shift zone, a shift indicator light will appear at the top of the screen with the corresponding color, to provide a secondary notification of when to shift. To achieve a perfect shift, players must shift, while in the green zone. A perfect shift will give an extra boost of nitrous and a red (late) shift will slow the car down. Automatic transmission can only reach the yellow zone, resulting in a good shift, but no nitrous boost.

The driver does not have to steer in this game mode, unless changing lanes. Steering is automatic. 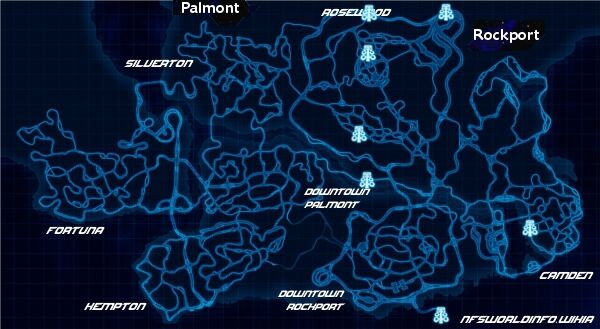 On October 16th, 2012, the first Drag edition cars were released. One was the Toyota Supra "Street Mod" edition and the other was the Ford Shelby GT500 Super Snake "Pro Stock" edition. More followed on later dates.