Unlike a Circuit, a Sprint doesn't lead back to the starting line. Instead, it leads to a finish line somewhere else on the map. Sprint races are recommended over Circuits, since it takes a shorter time to complete a Sprint.

When a player begins the game, they'll be given a single player sprint race (Welcome to Palmont) to try in the tutorial. When a player has reached level 2 with this race, the player will be able to race the sprint races available for the week.

Different races are available each week, with the exception of some that are not part of the track rotation and therefore are either always available, never available, or are/were only available on special occasions.

On July 22nd, 2013, Rally sprints were introduced. They work like normal sprint races but include offroad sections where drivers have to adapt to racing offroad for large parts of the course.

In late 2013, seven reverse tracks were released. They are reverse versions of seven existing sprints and they are not part of the track rotation. These tracks were introduced each with the same generic name ending in a number, with each number being a different number from "02" to "08". The transition of the game to new developers that was taking place at the time may be be related to this.

There are currently 50 Sprint races available in World 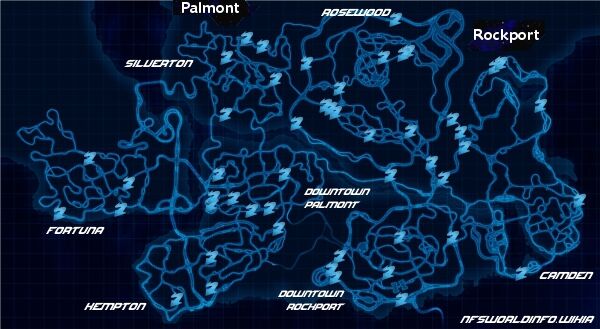 There are currently 7 Reverse Sprint races available in World

There are currently 2 Rally Sprint races available in World